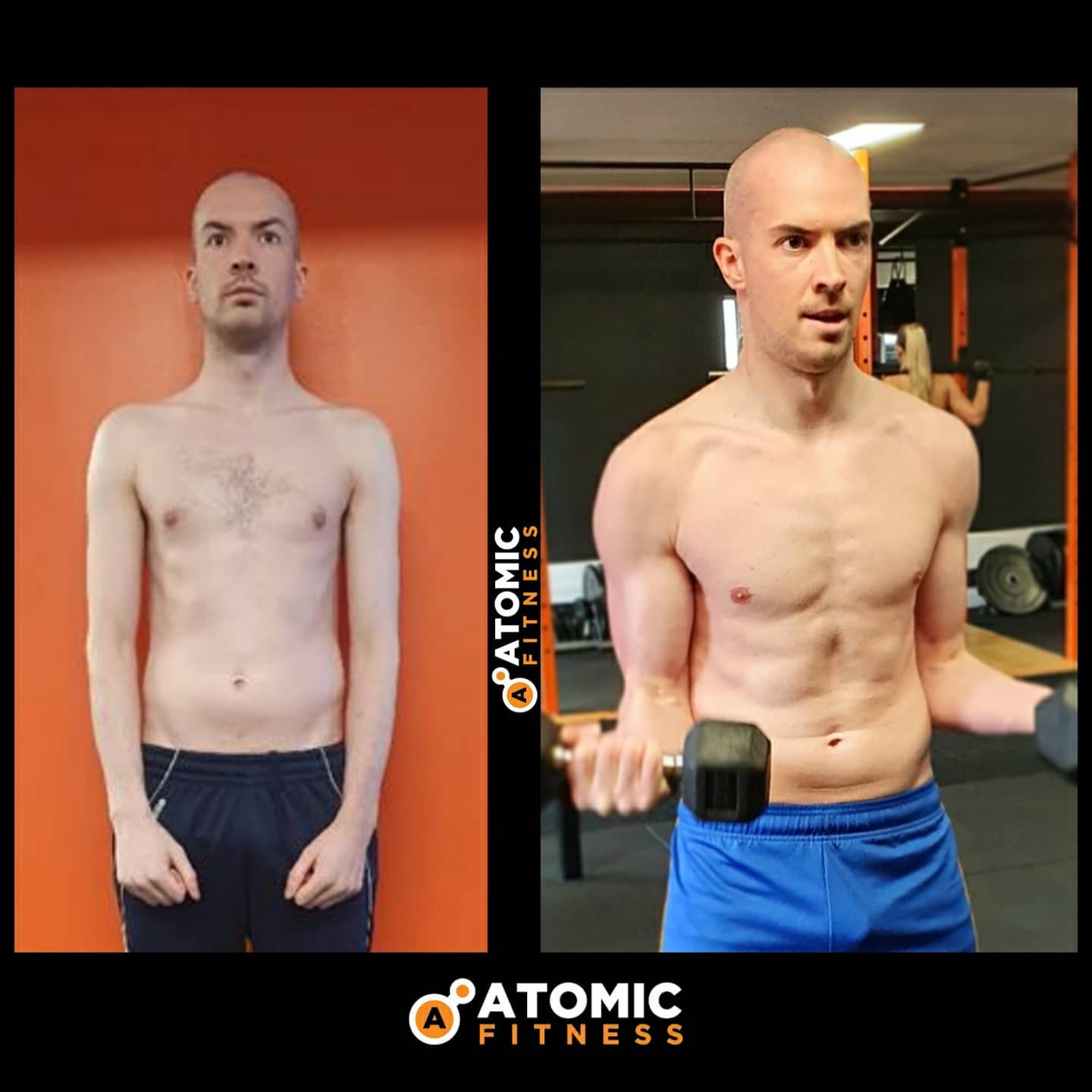 “The only time i would have been in the gym would be the odd S&C session we might do pre-season with the Pats hurlers but i never had much interest to be honest. ⁣⁣
⁣⁣
I said I’d give the Mens transfornation a go in Atomic. I was nervous enough about going down at first as i didnt know what i was doing and was worried i wouldnt be able to keep up.⁣⁣
⁣⁣
Sean, James, Ciara and Edel were all great and made a big effort to make you feel welcome and comfortable as well as helping with the exercises and diet which was huge for me. ⁣⁣
⁣⁣
Obviously the lockdown came in the middle of my programme which was a challange but i was able to keep fit and active throughout with a few weights, which had a great positive impact on my mental health as much as physical during a difficult time, and i know i wouldnt have been doing that had i had joined Atomic.”